Rating
3.5  (1)
Mobile currency
May 16, 2019 (Updated: December 20, 2019)
Rating
3.5
I like the path they are going. I'ts not common for KYC by now but in this case a good approach to have it. They are really trying to bring crypto to where it is actually needed, with a clear focus on a mobile payment solution. They have free, mobile "not using any energy" miner you can freely download and mine some coins. Technology-wise built on a great foundation. But I also have some concerns at the moment.

I don't think it's the right path to leave their mining up to an old algorithm that is only profitable for the few asics that are out there. Means, the whole hashing power is in the hand of couple of people, that's dangerous. I don't think these old cryptonight miners will be produced in masses for long, as not many still use this algorithm, so again all the power to just some miners, bad idea. It seems to be a stable network with a high hashing power, but I believe that is not the case.

It would have been better to wait for the problematic nicehash power waves to equalize it's self and get a stable hash rate from the GPU miners when they tried to switch. On the long term it would be the more stable solution, as other coins go the same path and seem to do great, it takes time. As most of the coins are getting asic only, GPU miners will love to have good currencies to mine. And if staying asic, go with another algorithm. At the moment these couple of miners just mine and dump it all it seems.

Furthermore, probably the greatest portion of adoption is done by the miners, they bring in the value and circulation. This is where the great adoption is happening at this point, not the countries where they are trying to bring to use case to, even that is the most important. But I think the real mining besides the mobile would fuel ETN. So I think they miss out an important portion of adoption here.

A great team, a clean approach, a fantastic route.

Sadly Electroneum is not becoming, what I first thought was their unique and great goal, THE mobile currency. It's has a mobile wallet that is none better than any other. So there is no difference between any other coin.

Even more sadly they have become kind of centralized organization with the mining being delegated to organizations they select. Cutting out all the great potential of what cryptocurrencies can be.

Proof of responsibility may sound great, however, that should work... Also, giving certain organizations with good intends the right to mine is great, but on the other hand it's getting far away from the decentralized idea and foundations of Bitcoin for example.

New ways and new ideas are great, but the original ideas for ETN seems kind of buried to me. I'm curious if this path does help out the people in need for this kind of "money", as that still looks like something they're aiming for, or if it's just a desperate try with weird new concepts.

admin #1 Reviewer 72 reviews
Report this review Comments (0) | Was this review helpful to you? 1 0 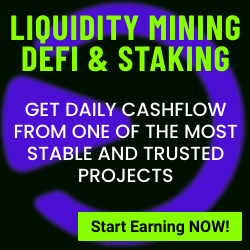